How GovDelivery became the UK public sector’s channel of choice to communicate directly with citizens. 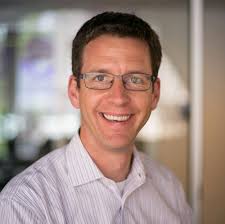 GovDelivery had transformed from starting out in a basement in 2001 with a few friends to a multimillion dollar, global company with a team of over 250 people. As an entrepreneur, I ran into challenges that I’d never anticipated, especially when it came to bringing the right people on board and creating teams from the ground up. However, this was not an issue when launching our European offices.

Dave Worsell approached me because he had identified a gap in the UK public sector market and had seen a communications problem he thought GovDelivery could fix. He understood that GovDelivery would streamline how government agencies communicate and that it would facilitate large-scale engagement with the public. The use of GovDelivery would allow public sector organisations to communicate far more effectively by building direct connections with the public allowing them to embrace multi-channel digital communication. Dave saw huge potential for GovDelivery at the local and central government levels across the UK and Europe; and together, we closed our first UK clients including Parliament and Highways England.

Partnering with Dave is how GovDelivery UK came to be. His passion for bringing to market new technological solutions to solve problems is what I admire most about him.

Dave actively shaped GovDelivery’s service offering in the UK to focus on measurable outcomes and delivering tangible value to our customers. Dave is the real deal and is the person you want on your team when building, scaling, or expanding your business. He is a well-respected industry expert, with proven results across tech, public sector, sales and marketing. And he is a safe pair of hands who is trusted and respected by everyone who has worked with him.

He is an expert at identifying and solving real problems for his customers: increasing revenue; improving cost savings; or enhancing engagement with citizens. Much like our humble beginnings in Minnesota, GovDelivery UK began modestly, with just a few team members.

I think that Dave’s greatest value to his customers is that he has a tremendous amount of technical knowledge, public sector credibility, and business acumen to help businesses achieve their goals.

His greatest value to me continues to be his great insight and friendship.